Posted by awin wijaya Posted on 1:11 AM with 1 comment 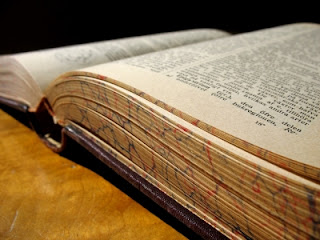 a. Theme
The theme of the poem above is about ancient religious or mysticism. The ancient religious or mysticism of the poem in Middle East is the religious of ancient era of Egypt, Sumeria, Mesopotamia (located between Eufrat and Tigris rivers and known as Republic of Iraq) and other places around them. The religious theme described by the used-words or phrases of the poem such as: A divine mother of the desert, Tanit, Isis, Ishtar, Innana, voice of the gods, and Shekinah of God.
The words Tanit, Isis, Ishtar, Innana are the names of god in ancient civilization.
1.      Tanit was a Phoenician lunar goddess, worshiped as the patron/shepherds goddess at Carthage where from the fifth century BCE onwards her name is associated with that of Ball Hammon and she is given the epithet pene baal ("face of Baal") and the title rabat, the female form of rab (chief).
2.      Isis was a goddess in Ancient Egyptian religious beliefs, whose worship spread throughout the Greco-Roman world. She was worshipped as the ideal mother and wife, patron of nature and magic; friend of slaves, sinners, artisans, the downtrodden, as well as listening to the prayers of the wealthy, maidens, aristocrats and rulers. Isis is the Goddess of motherhood and fertility.
3.      Ishtar is the Assyrian and Babylonian counterpart to the Sumerian Inanna and to the cognate northwest Semitic goddess Astarte. Ishtar is a goddess of fertility, love, and war and sex. In the Babylonian pantheon, she "was the divine personification of the planet Venus".
4.      Inanna is the Sumerian goddess of sexual love, fertility, and warfare. Alternative Sumerian names include Innin, Ennin, Ninnin, Ninni, Ninanna, Ninnar, Innina, Ennina, Irnina, Innini, Nana and Nin, commonly derived from an earlier Nin-ana "lady of the sky". Her Akkadian counterpart is Ishtar. Inanna is the goddess of love and is one of the Sumerian war deities, who was seen swaggering around the streets of her home town, dragging young men out of the taverns to have sex with her. Despite her association with mating and fertility of humans and animals, Inanna was not a mother goddess, though she is associated with childbirth in certain myths. Inanna was also associated with rain and storms and with the planet Venus. She is always depicted with a shaved public region.

b. Atmosphere
In general, the poem above talks about religion or myth of human being in ancient middle-east. The poem expresses impliedly that in ancient era and before it, people believe to gods. For example: Isthar, Iris, Innana, Tanit, and etc.

d. Figurative Language
The figurative languages that used commonly of the poem are:
1.      Metaphor
Some lines of the poem above show metaphor because there are comparisons between two different things without using the comparison words such as: like, as. The lines that show metaphor are: I am Egypt. I am Carthage. I am Sumeria and Mesopotamia. A divine mother of the desert am I and its hidden fire (I am divine mother of the desert and its hidden fire), I am Tanit. I am Isis. I am Ishtar. I am Innana, I am the voice of the gods in the thirsty earth, I am the moon of the desert, a Shekinah of God, I am in the Tigris and in the Euphrates and in the Nile, I am in the parched, thirsty desert and in the bleached sinews, The wind is my shadow and also the moon, and I shall always and forever be the light of the desert moon. In this case, the word I compare with Egypt, Carthage, Sumeria, Mesopotamia, divine mother of the desert, Tanit, Isis, Ishtar, Innana, voice of the gods in the thirsty earth, the moon of the desert, Tigris, Euphrates, Nile, thirsty desert and light of the desert moon. Other comparisons are found in the poem that are words wind and the moon compared with my shadow.
2.      Simile
Simile is a direct comparison between two things using words ‘like’ or ‘as’. Some lines of the poem that show simile are: I stand in your shadow, oh desert moon, as your wind. In the womb of the desert am I as the matrix of all. The word desert moon compares directly using ‘as’ with your wind, and the word I compares directly using ‘as’ with the matrix of all.
3.      Hyperbole
The exaggeration or overstatements also found in the poem. The exaggeration is hyperbole. The line or data that shows the exaggeration or overstatement of the poem is: I stand in your shadow, I speak in wind and in fire and in rain and in drought, and I stand in the shadow of the wind and in your shadow. The line stand in your shadow, speak in wind, in fire, in rain, in drought, stand in the shadow of the wind, and stand in your shadow are exaggeration. So, these are hyperbole.
4.      Symbol
Symbol is something which represents something else besides itself. In a poem, symbol included as metaphor because symbol represents or compares something with to other thing without using ‘as’ or ‘like’. In symbol there is indirect comparison. Some symbols that found in the poem above are: moon, light, fire. In the poem the words moon symbolize God, light symbolize love, mercy and enlightenment, and fire symbolize faith, belief and spirit.

e. Message/Moral
After reading, classifying, and comprehending the poem above, it was found a message that is the message of the poem stated in the two end lines of poems that are: All life comes from my eternal womb, and I shall always and, Forever be the light of the desert moon. The two lines show that people who believe to God must be light of the desert moon. It means that religious people must live in peace and respect to other religious people. Be the light of your heart; be light of your religion, so, the world will be saved and live in peace. Every belief is right.
Based on the example of comprehending poems above, the students can comprehend the poems from the rhyme, figure of speech, imagery, atmosphere, theme, and message or moral. In this case, the students should be given some questions related to the poems and its elements in order to know their comprehension of poems. The questions function to guide easily the students in finding whatever exists in a poem.
Share this article :
Labels: literature, poetry