Posted by awin wijaya Posted on 3:26 PM with 2 comments 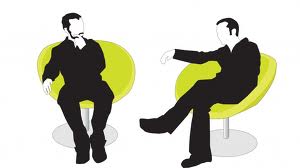 There are four kinds of deixis proposed by Levinson, they are:
A. Person Deixis
In many languages, person deixis can also contain other meaning elements like the gender of the third person. In addition, to pronoun and agreeing predicates, person, or participant-role is marked in various other ways. Person deixis concerns with the encoding of the role of participants in the speech even in which the utterance in question is delivered. Yule (1996, p.9-10) describe that person deixis involves the speaker and the addressee and operates in a basic three-part division they are:

b) Second person (you). The second person deixis is a deictic reference to a person or persons identified as addressee, such as you, yourself, yourselves, your, yours.

c) And the third person (He, She, It). Third person deixis is a deictic reference to a referent(s) not identified as the speaker or addressee and usually imply to the gender that the utterance refers to, for example: he, she, and they, him, himself, her, herself.

Renkema (1993, p.77) adds that person deixis is realized with personal pronouns. The speaker as the first person (I) direct the utterance to the listener as second person (You), and conclude be talking about a third person (He, She, and It).

In other words, person deixis is described as expression in which to refer to person who the speakers intend to refer.