Posted by awin wijaya Posted on 11:49 AM with 4 comments 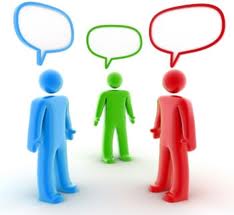 Deixis deals with connections between discourse and the situation in which discourse is used. The term of ‘deixis’ is derived from the Greek word which mean ‘to show’ or ‘to indicate’ used to denote the elements in a language which refer directly to the situation. Moore (2001, 14) give definition about deixis as follows:

"Deixis is an important field of language study in its own right and very important for learners of languages. But it has some relevance to analysis of conversation and pragmatics. It is often and best described as "verbal pointing", that is to say pointing by means of language. The linguistic forms of this pointing are called deictic expressions, deictic markers or deictic words; they are also sometimes called indexicals."

Moreover, deixis is a technical term (from Greek) for one of the most basic things we do with utterance. Or it can be said ‘pointing’ via language. Essentially language, deixis concerns with the ways in which the interpretation of utterance depends on the analysis of that context of utterance.

In English, according to Yule (1996, p.93) there are three different ways to point out in. They are gesture, symbolic and anaphoric. Gesture is used by which it can be properly interpreted only by somebody who is monitoring some physical aspects of communication situation. Example: I want you to copy this paper. Symbolic use of deictic expression means that the interpretation involves merely knowing certain aspects of the speech communication situation, whether this knowledge comes by common perception or not. For example: I want you to put the paper there. Anaphoric is the use of expression that can be correctly interpreted by knowing what other portions of the same discourse that expression is co-referential with anaphoric use of an expression, which can be seen in the sentence; I have copied the paper and I put it there.