Posted by awin wijaya Posted on 10:21 PM with No comments 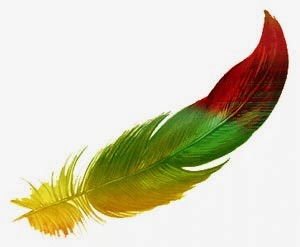 A formula poem is a poem in which every line is begun in the same way or a   particular kind of word in every line is inserted; a poem that employs repetition, i.e. a stylistic device that is more effective for young poets than rhyme. Formula poems may include:

Free-form poems are poems in which words are chosen to describe something and put together to express a thought or tell a story, without concern for rhyme or other arrangements. The number of words per line and the use of punctuation vary. Free-form poems may include:

Fast Moving
Moving down the track,
faster than fast, is Richard Petty
seven-time winner of
the crowned jewel
Daytona 500.
At 210 mph– dangerous-
pushing his engine to the limit.
Other NASCARs running fast
but Richard Petty takes the lead
at last.
Running across the line
with good time.

Rhymed Verse Forms are forms of poems that utilize both rhyme and rhythm as their poetic devices. These include:

There once was a frog named Pete
Who did nothing but sit and eat
He examined each fly
With so careful an eye
And then said, “You’re dead meat.”

Model poems are poems that are modeled on poems composed by
adult/renown poets. Model poems include:

The Golden Shore
Come unto the golden shore
Where days are filled with laughter,
And nights filled with whispering winds.
Where sunflowers and sun
Are filled with love.
Come take my hand
As we walk into the sun.