Posted by awin wijaya Posted on 6:49 PM with No comments 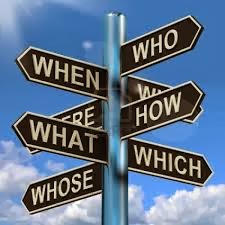 Sometimes in a big city like New York, in which so many people come from different countries and regions reside and visit,  not so difficult to identify whether the interaction done by the people use the same language or not, since it is already clear enough that the indigenous society of that city is extremely difficult to find nowadays. In other words, most of the people who reside in that city are immigrants. There are more or less 140 languages spoken in New York City; however, at least only four communities which  become the biggest of all, those are: Arabic spoken community, Chinese, French Creole, and Spanish. Those four communities speak their language among the members of their society and English for different members of community. English becomes a lingua franca, language that is widely used as a means of communication among speakers of different languages, since those four share mutual intelligibility through it.

Moreover, the term mutual intelligibility refers to  a situation in which speakers of two different languages can understand each other in their communication. It becomes an indicator whether they share a same language or not.  When your hearer can understand thing that you've said and vice versa means that you and your hearer has mutual intelligibility, although you may find certain differences in terms of dictions, pronunciations, or even the structures, in his language,  as long as you can still understand the language he uses and vice versa, you speak a same language. Furthermore, those differences in the study of sociolinguistics refers to what so called dialect. Therefore, you share a same language but different dialect.


Just say in one island has nine communities: A, B, C, D, E, F, G, H, and I. Can you guess when the member of A communicate with B, do you think that they will understand each other or not? Of course it is very possible that they can, although they may find few differences but many similarities in the language they use; but that as they move farther away the similarities become fewer and fewer. So, A is very similar to B, less similar to C, even less similar to D, and by the time they get to G, H or I, can you guess what happen when they meet? Do you think that they still have mutual intelligibility? the possibility of this is so tiny. This is the illustration of what so called dialect continuum. According to  Bloomfield it refers to a range of dialects spoken across some geographical area that differ only slightly between neighboring areas, but as one travels in any direction, these differences accumulate such that speakers from opposite ends of the continuum are no longer mutually intelligible.

The different items that shape a dialect is called isogloss. As you know that British has football while American has soccer, this one difference represents one isogloss. The compilation of isoglosses found within two different communities will shape a line abstractly which separates those two regions, this abstract line is called dialect boundary.

However, not all theories are applicable, according to this theory the key to differentiate  language or dialect is mutual intelligibility. Have you ever go to China? There are so many regions/ provinces China has. If you ask the China authorities how many languages the Chinese speak in their daily activities, surely you will get answer, only one namely Chinese language, with many different dialects. However, when you closely observe when two people from different provinces meet and speak their own dialect, you will find that between them there is no mutual intelligibility, or in other words, they speak different language. To unify those provinces, the Chinese government claims that they only speak different dialect but still in the same language.

Or Indonesia and Malaysia for instance, those two countries claim that they have their own language, Indonesia has Bahasa Indonesia and Malaysia has Malay language; however, if you pay attention carefully, there are so many similarities among those two languages, and in fact they share mutual intelligibility. In other words, they are a same language, but due to political consideration Indonesian and Malaysia claim that those are two different languages.
Share this article :
Labels: linguistics, sociolinguistics