Posted by awin wijaya Posted on 10:59 PM with No comments 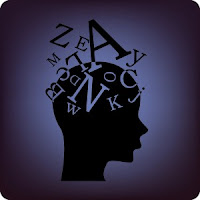 The Role of Theory in SLA research
1. The description: the characterization of the nature  of the linguistic categories which constitute the learner’s inter-language at any point in development (what, when, and how acquired).
2. The explanation: to discover why the learner develop the particular linguistic that he does.
Function of theory or what theory is a theory for? The theory is for : observational adequacy, descriptive adequacy and explanatory adequacy.

1. The Acculturation Model
Acculturation is defined  (Brown, 1980) as the process of becoming adapted to new culture. Acculturation is determined by the degree of social and psychological distance between the learner and the target language culture. So, the acquisition of SLA is influenced by a culture, social and psychological distance.
Nativization Model
Andersen sees SLA as the result of two general forces, which labels nativisation and denavitisation. Nativisation consists o fassimilation; the learner makes the input conform to his own internelized view of what constitute the L2. and Denavitisation is apparent in depidginization (i.e the elaboration of pidgin language which occurs through the gradual incorporation of form from an external language source) and also in later first an second language acquisition.
Evaluation
The acculturation and Nativist Model focus on the power mechanism of SLA.  They provide explanations of why L2 learner, unlike first language learners, often fail to achieve a native-like competence.