Posted by awin wijaya Posted on 2:08 AM with 2 comments 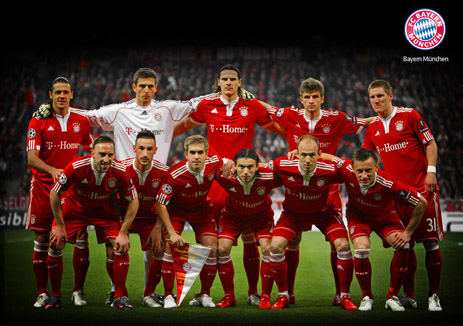 This Sunday (20/05/12) there will be a final match waited by all football lovers in this surface of the earth, yes it is the final battle of Champion League between Bayern München  vs. Chelsea in which in the quarter final succeeded to eliminate their rivals.  Bayern München  forced Real Madrid to surrender through penalty kick battle and Chelsea won from Barcelona.

Since its founding,  Bayern München has four times to feel the glory of lifting the trophy of Champion League, 1974, 1975, 1976, 2001, I wish it becomes five this year, and four times also as runner-up, 1982, 1987, 1999, 2010. In domestic,  It is best known for its professional football team, which plays in the Bundesliga, the top league of German football and is the most successful football club in Germany, having won 22 national titles and 15 cups.

Previously, the "home" of Bayern used to be Munich Olympic Stadium sharing with TSV 1860 München since 1972 and have played their home games at the Allianz Arena since the start of the 2005–06 season.

Moreover, Allianz Arena which becomes the "home" of Die Roten, the nickname of FC Bayern München,  and TSV 1860 München is one of the most spectacular stadiums in the world. The Allianz Arena is a football stadium in the north of Munich, Bavaria, Germany. It is the third biggest stadium in Germany after Signal Iduna Park in Dortmund and the Olympiastadion in Berlin. The capacity of this arena is able to accommodate 69,901 spectators. You can imagine how big it is. What makes this stadium so unique is that the façade is made from 2760 ETFE-foil cushions which are continuously inflated with dried air. Each cushion has its own illumination that can change from red to blue or white. When FC Bayern has a home match, the Arena is illuminated all in red, for the home matches of TSV 1860 all lights are blue, and for neutral matches the colour is white. If for instance the German national team is playing, the stadium will be illuminated all in white. 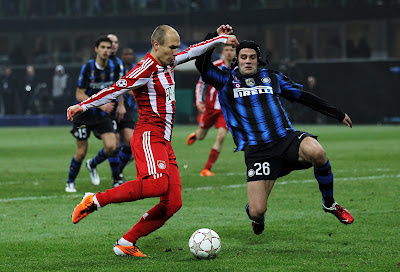 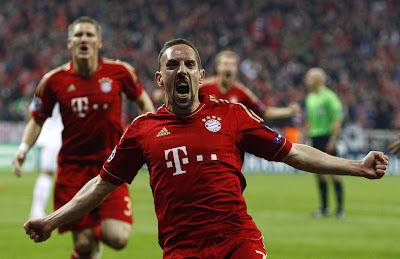 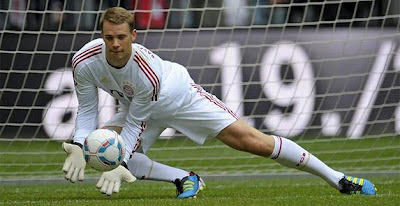 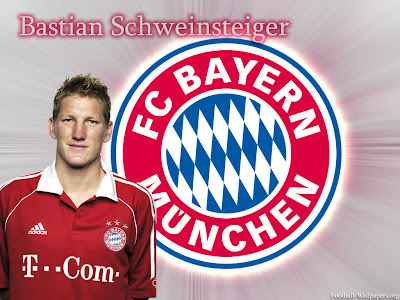 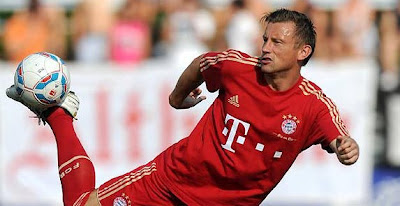 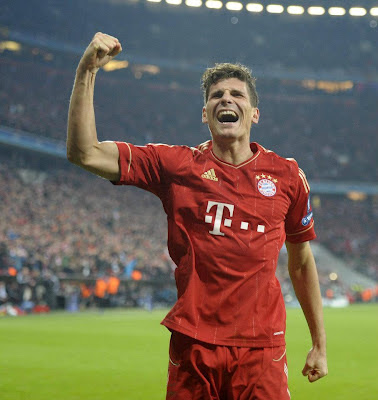 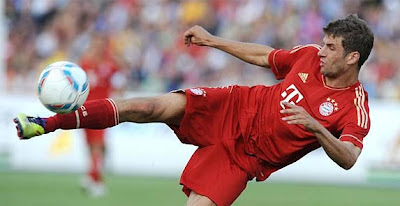 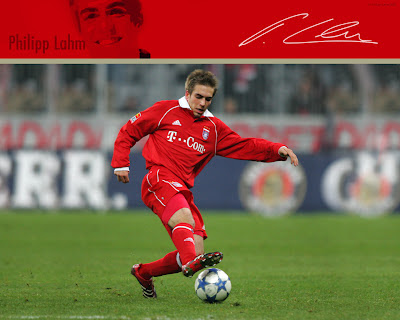 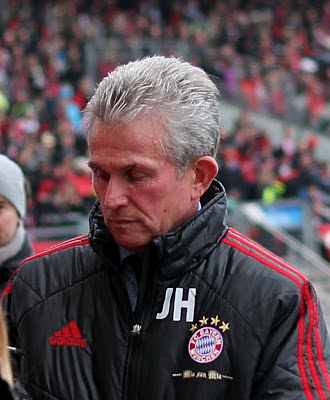 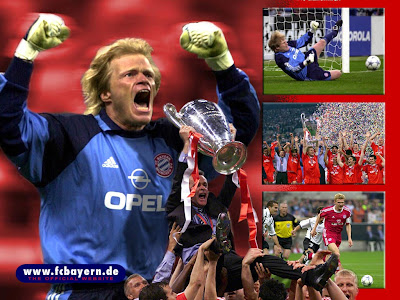 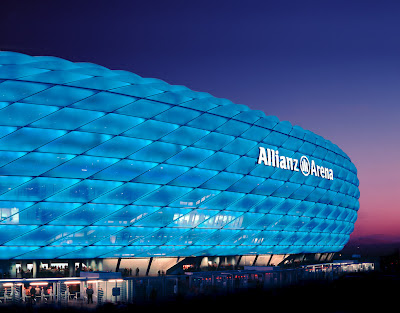 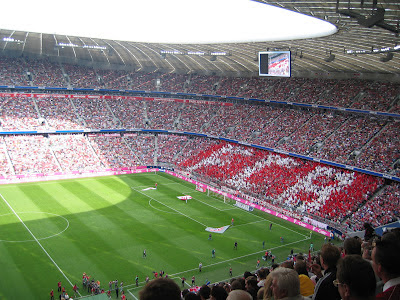 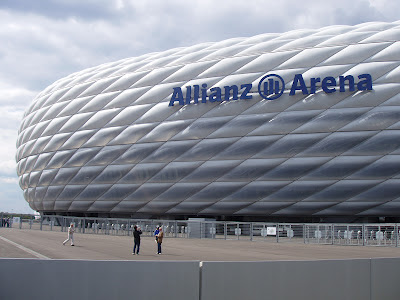 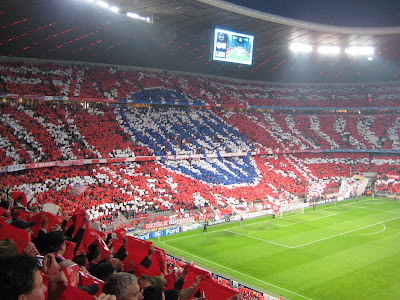 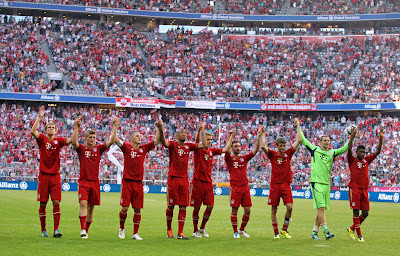 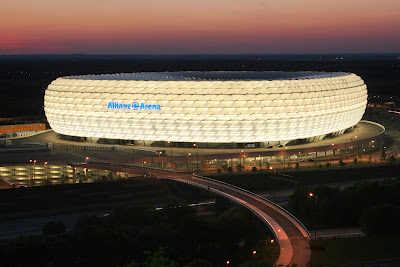 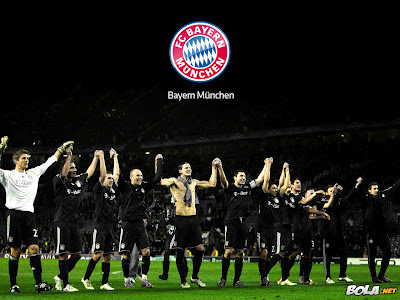 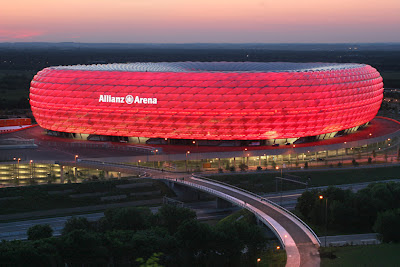 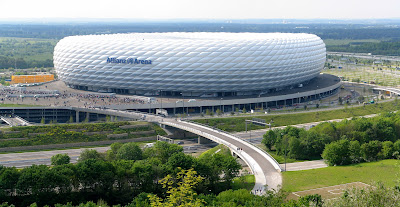 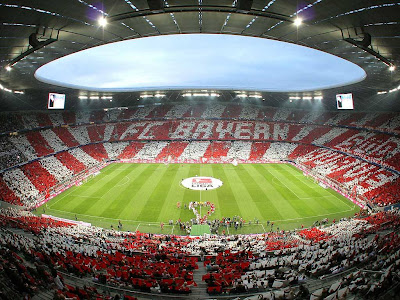 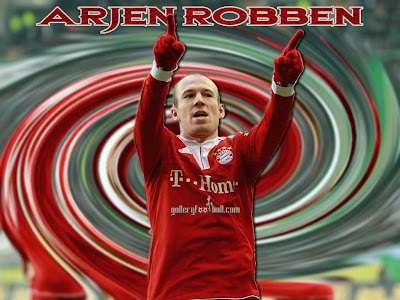 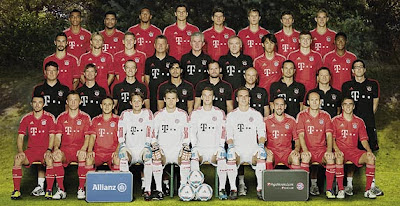