Home » literature » The Nature of Literature

The Nature of Literature

Posted by awin wijaya Posted on 2:35 PM with 4 comments 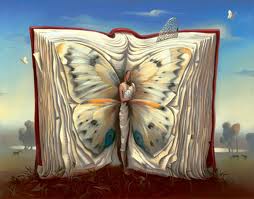 The language that is used by literature differ form ordinary spoken or written language. Literature uses special words, structures, and characteristics. Primarily the language of literature differs from ordinary language in three ways: (1) language is concentrated and meaningful,   (2) its purpose is not simply to explain, argue, or make a point but rather to give a sense of pleasure in the discovery of a new experience, and (3) it demands intense concentration from the readers. It indicates that the language of literature has originality, quality, creativity, and pleasure.

From the use of language and the existence of meaning in literary works, it can be concluded that poetry, prose and drama are put in literary works article, journalism, news, bibliography, memoir, and so on can be categorized as non-literary works.