Posted by awin wijaya Posted on 11:11 AM with No comments 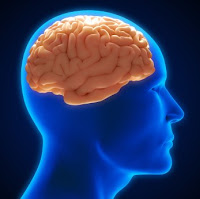 There are so many controversies among linguists from time to time, one of them is structuralism vs. generativism. Structuralism was once introduced by Ferdinand de Saussure, in which almost all the concepts of language are strongly influenced by behaviorism paradigm which argues that human mind is just like "blank paper" when they are born (tabula rasa). Based on this concept, structuralism believes that the acquisition of language is learned, which means that  the language abilities possessed by  human is gained by process of learning from surroundings. In addition, they also believe that language is just like a building, which means that it is built from the small parts to create the bigger one. language is built from sentences, sentences are from clauses, clauses are from phrases, and so ford, up to phones.

Meanwhile, generativism which was introduced by Noam Avram Chomsky argues that in the matter of language, the concepts proposed by structuralism are too simple. If we want to understand how language is mastered and used by human, we have to separate what is called cognitive system, that is a system underlying the ability of human to use and master language. In other words, human since they were born unconsciously have system of language in their brain (competence). That is why this paradigm argues that language is innate not learned.

Generative grammar is founded on the idea that linguistics should create a "grammar" that allows us to (in theory) generate every possible sentence in a language using a set of rules. It  is simply an abstract theory that allows us to make a list (in theory) of all sentences, given the time to do so (which would be infinite-- there are infinitely many possible sentences). With tricks like recursion, it is in theory possible to design such a grammar, although so far no perfect grammar for any language has actually been written. And in theory, such a grammar also exists in our heads as "linguistic competence", while something else explains how we actually use it to speak, an action called "linguistic performance"-- and that can be imperfect, with speech errors, etc.