The Elements of Novel: Conflicts

Posted by awin wijaya Posted on 1:51 PM with No comments 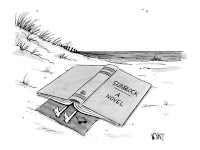 Conflict is what the reader involves emotionally in what is happening. Meanwhile, Jones says that a conflict consists of three categories: social conflict, psychological conflict, and physical conflict.