Posted by awin wijaya Posted on 6:48 PM with 2 comments 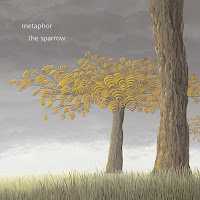 Many authors credit Aristotle with being the first to outline a theory of metaphor, and note its influence on subsequent writing on the topic; others criticize him for precisely the same reason. Aristotle is responsible for initiating a pernicious and all-encompassing Western tradition that treats metaphor not only as based on similarity, but also as deviant from literal language, and as a matter of language rather than thought. Aristotle generically defines metaphor as a ‘transfer of a name belonging to elsewhere’. Furthermore, the term metaphor is defined as a linguistic expression which signifies a concept which, in its literal meaning does not signify and which, normally, is signified by some other words or expressions. Admittedly, this definition is quite broad in scope in that it includes not only the concept of comparison (Aristotle) but also the concept of substitution (Quintilian) as well.

The figuralist vs. The literalists

Theorists have different viewpoints in viewing the taxonomy of metaphor, and therefore, have come up with different classifications of metaphor. Some Theorists use the term “metaphor” very broadly as almost synonymous with ‘figurative,’ others use it very narrowly, as naming one very specific figure along side many other ones. From these two different viewpoints, there appear two major schools in the study of metaphor, the figuralists and the literalists. The proponents of figuralist viewpoint, as Veale remarks, see metaphor as a natural element of our conceptual repertoire, an organic component of language and cognition. Therefore, the relation between language and thought is wholly figurative. They further believe that metaphor is a cognitively irreducible phenomenon, providing an essential and irreplaceable service to cognitive agent. With such a frame of mind, thus, they jump to the conclusion that all languages are metaphoric.

Take the sentence exampled by Veale ‘the box is on the table’ for instance. This example is perfectly literal; the component words do seem to be used in their truest and most ordinary senses—‘box’ signifies just a box, ‘table’ just a table. However, we may perceive different kinds of box (small, big, plastic, black, or heavy box) and table (glass table, guestroom table, dining table, or kitchen table). Veale himself thinks of a cardboard cubic box about a foot long and varnished wooden kitchen table with flowers in the center, and surrounded by chairs. This thinking process is similar with the form of deep analogical reasoning process involved in understanding metaphor. Thus, they conclude that all languages are actually metaphoric.

The literalists, on the other angle, view metaphor as a rhetorical linguistic phenomenon (a matter of lexical semantics) rather than an issue of conceptual representation (world knowledge). They claim that metaphor is a cognitively reducible phenomenon, providing no essential or irreplaceable service to the cognitive agent. They further claim that natural language has rich and powerful literal substrata sufficient to express literally any possible speaker meaning. This school takes a language as metaphoric if there is a clear sense of visual disparity and there is a point of similarity between the object (the item which is described by the metaphor) and the image (the item in terms of which the object is described). The more the metaphor suggests incompatibility or point of dissimilarity and the more striking the incompatibility, the greater the emotive tension of the metaphor. To say, for example, “my dentist is a butcher”, evokes tension through the juxtaposition of the image and the object which at first seems irreconcilable but has particular point of similarity in the speaker’s mind and thus appreciably metaphoric. Thus, this school doesn’t conclude all language as metaphoric, instead, only those sentences or statements whose objects and images that arouse visual disparity or particular point of similarity are considered as metaphors. Considering the matter of practicality, therefore, the researcher applies this literalist view in approaching the metaphors in his study. Another consideration is that the literalist views tend to treat the study of metaphors as a linguistics phenomenon rather than a psychological or a cognitive phenomenon, like what the figuralists believe. This is parallel with the approach of this study which also treats metaphor as a linguistic phenomenon.
See Also:
==============================================
RULE OF NATURE REFLECTED IN LANGUAGE USAGE
Assimilation
Apocope
Syncope
Lenition
Clipping
Blending
Performative Sentence
Imperative Sentence
Ellipsis Sentence
Metaphor
Share this article :
Labels: linguistics, literature, semantics