Posted by awin wijaya Posted on 12:39 AM with No comments 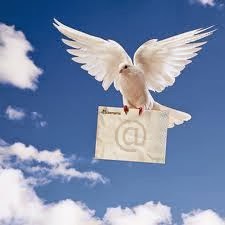 As a means of communication, related to discourse study, language has two primary functions, those are, transactional and interactional function.
Transactional
Transactional refers to language as a means of conveyance of information. Linguists and linguistic philosophers tend to adopt a limited approach to the function of language in society. While they frequently acknowledge that language may be used to perform many communicative functions, they nonetheless make the general assumption that the most important function of language is the communication of information. In the other words, the emphasize is in the capacity to convey the information, so that the language used by the speaker must be clear and understandable by the hearer. It also means that the content and arrangement of the language used is the focus, the hearer is not the primary concern.
To make our utterance can be understood by the hearer, of course, we have to concern about many aspects of the language, starting from the intonation, pronunciation, diction, grammatical order must be paid attention carefully. Moreover, In this view, the smallest unit of language is sentence, since sentence is considered to be able to carry an adequate information.
Interactional
Interactional refers to language that functions as a means of social relation maintenance. While linguists, philosophers of language, and psycho-linguists have, in general, paid particular attention to the use of language for the transmission of ‘factual or propositional information’, sociologists and sociolinguists have been particularly concerned with the use of language to establish and maintain social relationship.  In the other words, in this view the formulation of information is not so important but the interaction. The grammatical rules no longer became the primary concern and can be ignored as long as the hearer can understand what we said.
Imagine that you are sitting in the bus with a stranger next to you. You know exactly that he is holding mobile phone, and of course in it you can find information about the time, but he asks you about the time. Can you guess the true intention of this stranger, Does he truly ask for information about the time? Or he merely wants to open a conversation with you? It seems much more reasonable to suggest that the speaker is indicating a readiness to be friendly and to talk.