Posted by awin wijaya Posted on 8:43 PM with No comments 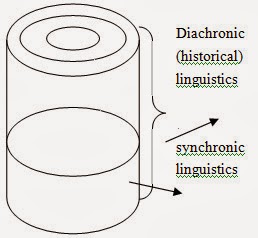 Referring to the history of English, the transformation of English recorded by historian happened once. In the ancient time, we will find that English nowadays is very different than English that used at that time. The previous version of English sometime we call it old English version was used in the era of 5 C, in which it was strongly influenced by three Germany tribes, Jutes, Saxons, and Angles, which conquer the land of Great Britain during that time.

During the 1066-1200, England was ruled by the Normandy. The district of this Normandy spread out on the northern coast of France; hence, their language used was much influenced by France. Long period of governing in England territory, the Normandy contributed the language shift of English. English which was resulted from the accumulation of the three Germany tribes stated previously had changed during this era of ruling colored by the existence of France language brought by the Normandy. The France began to manifest itself to the development of old English.

The first link in the chain binding England to the continent was broken in 1204 when King John lost Normandy. As a result, during The Middle English period (1150–1500) was marked by momentous changes in the English language, changes more extensive and fundamental than those that have taken place at any time before or since. They took place more rapidly because the Norman invasion removed from English those conservative influences that are always felt when a language is extensively used in books and is spoken by an influential educated class. The changes of this period affected English in both its grammar and its vocabulary. Those in the vocabulary involved the loss of a large part of the Old English word-stock and the addition of thousands of words from French and Latin. At the beginning of the period English is a language that must be learned like a foreign tongue; at the end it is Modern English. Thus, related to diachronic, we can trace the evolution of language through the recorded data presented by the language historian, and learn from it.


Back to THE COMMON GROUND OF LINGUISTICS AND LITERATURES
Share this article :
Labels: linguistics