Posted by awin wijaya Posted on 12:07 PM with No comments 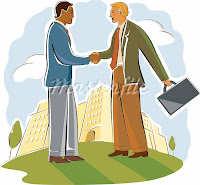 What is speech act: Brainstorming

Every word belonged to human language represents to the actual world, which means, there must be things, actions, or even characteristics in the actual world that can be seen, done, or felt when you say the words. Just say the word ‘table’, it represents a thing made of wood usually has square shape and four legs which function as the pair of chair. You can see the thing in the actual world, and of course in your mind there is an image about how the ‘table’ looks like. Or the word ‘walk’, you move from one place to another place by foot. The action is there, and it can be seen and done. Or the word hot, cool, beautiful, etc, they all have the same case since all of them can be felt directly in the actual world.

However, have you ever heard the word promise, command, suggest, advise, congratulate  etc? Can you see the particular action done by someone to refer to those? How is the form movement of the body? Can you imagine how the action represented by those words look like? Those words are called speech acts, that is language as action, which means by uttering the word you do the action, you are not just saying something but are actually doing something. If you say “get out of here!” actually you do command action, or “you should do this instead of that.” By uttering that sentence you perform an action that is suggesting, or etc.
It is important to note that the utterance sentence category that can be used to refer to speech act must be performative utterence/sentence.

You can perform at least three different kinds of act when you speak. There are locutionary act (as Searly called it utterance act) refers to the fact that you must use words and sentences if you are saying anything (the act of saying something), it functions merely to inform something, illocutionary act refers to the intent of the speaker, it functions not only to inform something but also to do something , (the act of doing something), and perlocutionary act refers to utterance that is uttered to affect the reader (the act of affecting someone), an act will be done by the hearer as the response to what the speaker says.

"It's so hot inside here"
That utterance is categorized as illocotionary act since it has intent not merely to inform the situation of the room, but also to ask someone who stand near the window to open it, or etc.