Posted by awin wijaya Posted on 7:49 PM with 14 comments 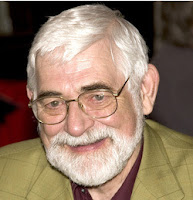 Politeness concerns a relationship between self and other. In conversation, self is identified as the speaker and other is the hearer. Beside that, the speaker also shows politeness to the third parties who may be present or not. The politeness principle (PP) is introduced by Geoffrey Leech. PP is Minimizing (other things being equal) the expression of impolite beliefs, and there is a corresponding positive version (maximizing (other things being equal) the expression of polite beliefs) which is somewhat less important. PP proposes how to produce and understand language based on politeness. The purpose of PP is to establish feeling of community and social relationship. Thus, PP focuses on process of interpretation that the center of the study is on the effect of the hearer rather than the speaker. There are six maxims of the politeness principle that are used to explain relationship between sense and force in daily conversation, those are:

The Tact maxim
The tact maxim is minimizing cost to other and maximizing benefit to other. This maxim is applied in Searle’s speech act, commissives and directives called by Leech as impositives. Commissives is found in utterances that express speaker’s intention in the future action. Then, Directives/ impositives are expressions that influence the hearer to do action. The example of the tact maxim is as follows:

“You must come and dinner with us.”

The Approbation Maxim
The approbation maxim requires to minimizing dispraise of other and maximizing praise of other. This maxim instructs to avoid saying unpleasant things about others and especially about the hearer. This maxim occurs in assertives/ representatives and expressives. Assertives/ representatives are utterances that express the true propositional. Meanwhile, expressive are utterances that show the speaker feeling. The example is sampled below.

In the example, A gives a good comment about the performance. He talks the pleasant thing about other. This expression is a congratulation utterance that maximizes praise of other. Thus this utterance is included the approbation maxim.

“Please accept this small gift as prize of your achievement.”

In this case, the utterance above is categorized as the modesty maxim because the speaker maximizes dispraise of himself. The speaker notices his utterance by using “small gift”.

A: “English is a difficult language to learn.”
B: “True, but the grammar is quite easy.”

From the example, B actually does not agree that all part of English language difficult to learn. He does not express his disagreement strongly to be more polite. The polite answer will influence the effect of the hearer. In this case, B’s answer minimize his disagreement using partial agreement, “true, but…”.

The Sympathy Maxim
The sympathy maxim explains to minimize antipathy between self and other and maximize sympathy between self and other. In this case, the achievement being reached by other must be congratulated. On other hand, the calamity happens to other, must be given sympathy or condolences. This maxim is applicable in assertives/ representatives. The example is as follows.

“I’m terribly sorry to hear about your father.”

It is a condolence expression which is expressed the sympathy for misfortune. This utterance is uttered when the hearer gets calamity of father’s died or sick. This expression shows the solidarity between the speaker and the hearer.
Share this article :
Labels: linguistics, Politeness Strategies, pragmatics